Lincoln's inaugural address was stirring. He appealed for the preservation of the Union. To retain his support in the North without further alienating the South, he called for compromise. He promised he would not initiate force to maintain the Union or interfere with slavery in the states in which it already existed. Soon after, Lincoln received word that Fort Sumter, located in Charleston harbor, South Carolina, would have to be resupplied. The situation presented a problem, as tensions between the North and the South were very high. Resupplying the fort might inflame the situation because it was located in a slave-holding state. Yet Lincoln, in his inaugural address, had promised that the Union would not give up control of federal territory, such as Fort Sumter. The fort was resupplied, and Lincoln refused to evacuate it. The Confederates attacked the fort on April 12, 1861. The Civil War had begun, and President Lincoln was thrust into the middle of one of this country's greatest crises. 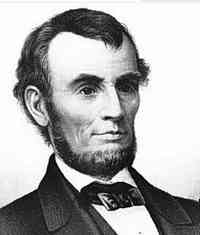 Visit , Kentucky, USA
Discover the people who lived there, the places they visited and the stories they shared.