"Dateline 1907 - Chicago Cubs sweep World Series, defeating Detroit Tigers in four games. A washing machine operated by electricity rather than by hand has been marketed by the Hurley Machine Company. The Hurley uses a small motor to spin a drum that holds clothes, water and soap. Its main competition is the Maytag Pastime. The Indian Territory and Oklahoma Territory were formally merged and admitted as the 45th state of the union. A light bulb with tungsten filament is being marketed by General Electric, which says it gives better light. A light, portable vacuum cleaner is being marketed by the Hoover Suction-Sweeper Company..."

"The first washing machine powered by electricity was invented by Alva J. Fisher in 1908. Fisher worked for the Hurley Washing Machine in Chicago and named his creation The Thor. 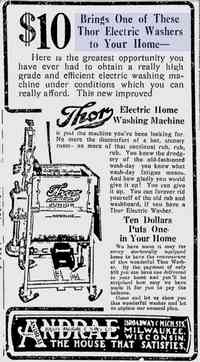 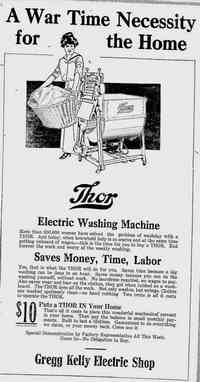 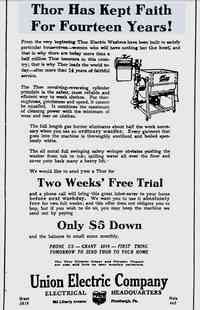 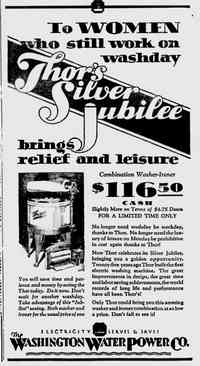