Firemen said the blaze apparently smouldered for hours before flames burst through the roof of the Capitol Theater, one of Amarillo's oldest.

The roof collapsed and spread the blaze to the seats below.

There were no reported injuries.

An Amarillo newsboy reported the fire at 4:19 a.m. It was out of control before fire companies arrived.

Guests in the hotel said they smelled smoke earlier, but couldn't locate its source.

A small jewelry store and barber shop flanking the theater lobby suffered heavy smoke damage, but the hotel and a bar below were saved by a fire wall.

The blaze apparently started in the rear of the theater, but the cause was not known. No damage estimate was given.

The theater was owned by the Richard Coon Hospital estate of Dalhart and was operated by Trans-Texas Theaters, Inc., with headquarters in Dallas.

W. H. Coon of Dalhart, a trustee of the estate, said he couldn't estimate the loss until he made an inspection.

Visit Amarillo, Texas, USA
Discover the people who lived there, the places they visited and the stories they shared. 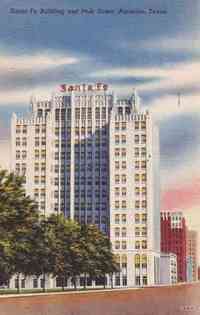 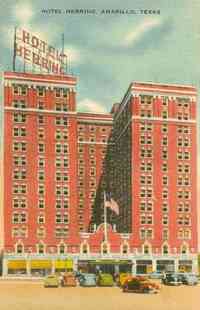 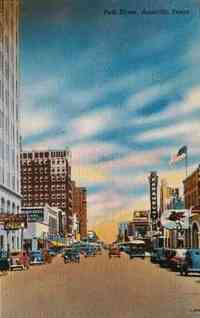