JAMES BUCHANAN, the fifteenth President of the United States, was born in a small frontier town, at the foot of the eastern ridge of the Alleghanies, in Franklin County, Pa., on the 23d of April, 1791. The place where the humble cabin home stood was called Stony Batter. His father was a native of the north of Ireland, who had emigrated in 1783, with little property save his own strong arms. Five years afterward he married Elizabeth Spear, the daughter of a respectable farmer, and, with his young bride, plunged into the wilderness, staked his claim, reared his log hut, opened a clearing with his axe, and settled down there to perform his obscure part in the drama of life. When James was eight years of age, his father removed to the village of Mercersburg, where his son was placed at school, and commenced a course of study in English, Latin and Greek. His progress was rapid, and at the age of fourteen he entered Dickinson College, at Carlisle. Here he developed remarkable talent, and took his stand among the first scholars in the institution.

In the year 1809, he graduated with the highest honors of his class. He was then eighteen years of age; tall and graceful, vigorous in health, fond of athletic sports, an unerring shot, and enlivened with an exuberant flow of animal spirits. lie immediately commenced the study of law in the city of Lancaster, and was admitted to the Bar in 1812, when he was but twenty-one years of age.

In 1820, he reluctantly consented to run as a candidate for Congress. He was elected, and for ten years he remained a member of the Lower House. During the vacations of Congress, he occasionally tried some important case. In 1831 he retired altogether from the toils of his profession, having acquired an ample fortune.

Gen. Jackson, upon his elevation to the Presidency, appointed Mr. Buchanan Minister to Russia. The duties of his mission he performed with ability, and gave satisfaction to all parties. Upon his return, in 1833, he was elected to a seat in the United States Senate. He there met as his associates Webster, Clay, Wright and Calhoun. He advocated the measures proposed by President Jackson, of making reprisals against France to enforce the payment of our claims against that country, and defended the course of the President in his unprecedented and wholesale removal from office of those who were not the supporters of his administration. Upon this question he was brought into direct collision with Henry Clay. He also, with voice and vote, advocated expunging from the journal of the Senate the vote of censure against Gen. Jackson for removing the deposits. Earnestly he opposed the abolition of slavery in the District of Columbia, and urged the prohibition of the circulation of anti-slavery documents by the United States mails. As to petitions on the subject of slavery, he advocated that they should be respectfully received, and that the reply should be returned that Congress had no power to legislate upon the subject. ''Congress," said he, ''might as well undertake to interfere with slavery under a foreign government as in any of the States where it now exists."

Upon Mr. Polk's accession to the Presidency, Mr. Buchanan became Secretary of State, and as such took his share of the responsibility in the conduct of the Mexican War. Mr. Polk assumed that crossing the Nueces by the American troops into the disputed territory was not wrong, but for the Mexicans to cross the Rio Grande into Texas was a declaration of war. No candid man can read with pleasure the account of the course our Government pursued in that movement.

Mr. Buchanan identified himself thoroughly with the party devoted to the perpetuation and extension of slavery, and brought all the energies of his mind to bear against the Wilmot Proviso. He gave his cordial approval to the compromise measures of 1850, which included the Fugitive Slave Law. Mr. Pierce, upon his election to the Presidency, honored Mr. Buchanan with the mission to England.

In the year 1856, a national Democratic Convention nominated Mr. Buchanan for the Presidency. The political conflict was one of the most severe in which our country has ever engaged. All the friends of slavery were on one side; all the advocates of its restriction and final abolition on the other. Mr. Fremont, the candidate of the enemies of slavery, received one hundred and fourteen electoral votes. Mr. Buchanan received one hundred and seventy-four, and was elected. The popular vote stood 1,340,618 for Fremont, 1,224,750 for Buchanan. On March 4, 1857, the latter was inaugurated.

Mr. Buchanan was far advanced in life. Only four years were wanting to fill up his three-score years and ten. His own friends, those with whom he had been allied in political principles and action for years, were seeking the destruction of the Government, that they might rear upon the ruins of our free institutions a nation whose corner-stone should be human slavery. In this emergency, Mr. Buchanan was hopelessly bewildered. He could not, with his long-avowed principles, consistently oppose the State Rights party in their assumptions. As President of the United States, bound by his oath faithfully to administer the laws, he could not, without perjury of the grossest kind, unite with those endeavoring to overthrow the Republic. He therefore did nothing.

The opponents of Mr. Buchanan's administration nominated Abraham Lincoln as their standard-bearer in the next Presidential canvass. The pro-slavery party declared that if he were elected and the control of the Government were thus taken from their hands, they would secede from the Union, taking with them as they retired the National Capitol at Washington and the lion's share of the territory of the United States.

As the storm increased in violence, the slaveholders claiming the right to secede, and Mr. Buchanan avowing that Congress had no power to prevent it, one of the most pitiable exhibitions of governmental imbecility was exhibited that the world has ever seen. He declared that Congress had no power to enforce its laws in any State which had withdrawn, or which was attempting to withdraw, from the Union. This was not the doctrine of Andrew Jackson, when, with his hand upon his sword-hilt, he exclaimed: "The Union must and shall be preserved!"

South Carolina seceded in December, 1860, nearly three months before the inauguration of President Lincoln. Mr. Buchanan looked on in listless despair. The rebel flag was raised in Charleston; Ft. Sumter was besieged; our forts, navy-yards and arsenals were seized; our depots of military stores were plundered, and our custom-houses and post-offices were appropriated by the rebels.

The energy of the rebels and the imbecility of our Executive were alike marvelous. The nation looked on in agony, waiting for the slow weeks to glide away and close the administration, so terrible in its weakness. At length the long looked-for hour of deliverance came, when Abraham Lincoln was to receive the scepter.

The administration of President Buchanan was certainly the most calamitous our country has experienced. His best friends can not recall it with pleasure. And still more deplorable it is for his fame, that in that dreadful conflict which rolled its billows of flame and blood over our whole land, no word came from his lips to indicate his wish that our country's banner should triumph over the flag of the Rebellion. He died at his Wheatland retreat, June 1, 1868. 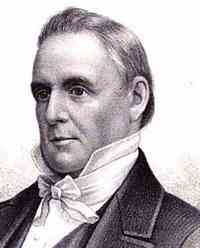 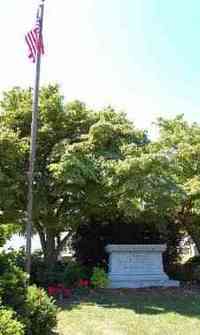 Visit , Pennsylvania, USA
Discover the people who lived there, the places they visited and the stories they shared.