MILLARD FILLMORE, thirteenth President of the United States, was born at Summer Hill, Cayuga County, N. Y., on the 7th of January, 1800. His father was a farmer, and, owing to misfortune, in humble circumstances. Of his mother, the daughter of Dr. Abiatbar Millard, of Pittsfield, Mass., it has been said that she possessed an intellect of a high order, united with much personal loveliness, sweetness of disposition, graceful manners and exquisite sensibilities. She died in 1831, having lived to see her son a young man of distinguished promise, though she was not permitted to witness the high dignity which he finally attained.

In consequence of the secluded home and limited means of his father, Millard enjoyed but slender advantages for education in his early years. The common schools, which he occasionally attended, were very imperfect institutions, and books were scarce and expensive. There was nothing then in his character to indicate the brilliant career upon which he was about to enter. He was a plain farmer's boy-intelligent, good-looking, kind-hearted. The sacred iufluences of home had taught him to revere the Bible, and had laid the foundations of an upright character. When fourteen years of age, his father sent him some hundred miles from home to the then wilds of Livingston County, to learn the trade of a clothier. Near the mill there was a small village, where some enterprising man had commenced the collection of a village library. This proved an inestimable blessing to young Fillmore. His evenings were spent in reading. Soon every leisure moment was occupied with books. His thirst for knowledge became insatiate, and the selections which he made were continually more elevating and instructive. He read history, biography, oratory, and thus gradually there was enkindled in his heart a desire to be something more than a mere worker with his hands.

The young clothier had now attained the age of nineteen years, and was of fine personal appearance and of gentlemanly demeanor. It so happened that there was a gentleman in the neighborhood of ample pecuniary means and of benevolence,-Judge Walter Wood,-who was struck with the prepossessing appearance of young Fillmore. He made his acquaintance, and was so much impressed with his ability and attainments that he advised him to abandon his trade and devote himself to the study of the law. The young man replied that he had no means of his own, no friends to help him, and that his previous education had been very imperfect. But Judge Wood had so much confidence in him that he kindly offered to take him into his own office, and to lend him such money as he needed. Most gratefully the generous offer was accepted.

There is in many minds a strange delusion about a collegiate education. A young man is supposed to be liberally educated if he has graduated at some college. But many a boy who loiters through university halls and then enters law office is by no means as well prepared to prosecute his legal studies as was Millard Fillmore when he graduated at the clothing-mill at the end of four years of manual labor, during which every leisure moment had been devoted tc intense mental culture.

In 1823, when twenty-three years of age, he was admitted to the Court of Common Pleas. He then went to the village of Aurora, and commenced the practice of law. In this secluded, quiet region, his practice, of course, was limited, and there was no opportunity for a sudden rise in fortune or in fame. Here, in 1826, he married a lady of great moral worth, and one capable of adorning any station she might be called to fill,- Miss Abigail Powers.

His elevation of character, his untiring industry, his legal acquirements, and his skill as an advocate, gradually attracted attention, and lie was invited to enter into partnership, under highly advantageous circumstances, with an elder member of the Bar in Buffalo. Just before removing to Buffalo, in 1829, he took his seat in the House of Assembly of the State of New York, as a Representative from Erie County. Though he had never taken a very active part in politics, his vote and sympathies were with the Whig party. The State was then Democratic, and he found himself in a helpless minority in the Legislature; still the testimony comes from all parties that his courtesy, ability and integrity won, to a very unusual degree, the respect of his associates.

In the autumn of 1832, he was elected to a seat in the United States Congress. He entered that troubled arena in the most tumultuous hours of our national history, when the great conflict respecting the national bank and the removal of the deposits was raging.

His term of two years closed, and he returned to his profession, which he pursued with increasing reputation and success. After a lapse of two years he again became a candidate for Congress; was re-elected, and took his seat in 1837. His past experience as a Representative gave him strength and confidence. The first term of service in Congress to any man can be but little more than an introduction. He was now prepared for active duty. All his energies were brought to bear upon the public good. Every measure received his impress.

Mr. Fillmore was now a man of wide repute, and his popularity filled the State. In the year 1847, when he had attained the age of fortyseven years, he was elected Comptroller of the State. His labors at the Bar, in the Legislature, in Congress and as Comptroller, had given him very considerable fame. The Whigs were casting about to find suitable candidates for President and Vice-President at the approaching election. Far away on the waters of the Rio Grande, there was a rough old soldier, who had fought one or two successful battles with the Mexicans, which had caused his name to be proclaimed in trumpet-tones all over the land as a candidate for the presidency. But it was necessary to associate with him on the same ticket some man of reputation as a statesman.

Under the influence of these considerations, the names of Zachary Taylor and Millard Fillmore became the rallying-cry of the Whigs, as their candidates for President and Vice-President. The Whig ticket was signally triumphant. On the 4th of March, 1849, Gen. Taylor was inaugurated President, and Millard Fillmore Vice-President, of the United States.

On the 9th of July, 1850, President Taylor, about one year and four months after his inauguration, was suddenly taken sick and died. By the Constitution, Vice-President Fillmore thus became President. He appointed a very able cabinet, of which the illustrious Daniel Webster was Secretary of State; nevertheless, he had serious difficulties to contend with, since the opposition had a majority in both Houses. He did all in his power to conciliate the South; but the pro-slavery party in the South felt the inadequacy of all measures of transient conciliation. The population of the free States was so rapidly increasing over that of the slave States, that it was inevitable that the power of the Government should soon pass into the hands of the free States. The famous compromise measures were adopted under Mr. Fillmore's administration, and the Japan expedition was sent out. On the 4th of March, 1853, he, having served one term, retired.

In 1856, Mr. Fillmore was nominated for the Presidency by the 'Know-Nothing" party, but was beaten by Mr. Buchanan. After that Mr. Fillmore lived in retirement. During the terrible conflict of civil war, he was mostly silent. It was generally supposed that his sympathies were rather with those who were endeavoring to overthrow our institutions. President Fillmore kept aloof from the conflict, without any cordial words of cheer to one party or the other. He was thus forgotten by both. He lived to a ripe old age, and died in Buffalo, N. Y., March 8, 1874. 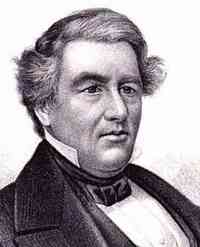 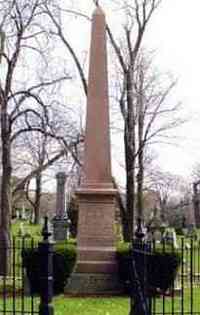 Visit Cayuga County, New York, USA
Discover the people who lived there, the places they visited and the stories they shared.