1910 - Leaps From Blazing Hotel. Roomer Trapped by the Flames Goes Out a Third Floor Window - Unhurt.

Finding his escape cut off by flames JOHN MUGLER, an expressman, jumped from a window on the third floor of the Elton Hotel, at 769 Elton Avenue, the Bronx, last night to the sidewalk, a distance of thirty feet, and escaped unhurt. Then he ran to a box on the corner and turned in an alarm.

The Elton Hotel is a three-story brick building owned and occupied by TONY WEITLAIER. Mugler and two other roomers lived on the top floor, where there were two unoccupied rooms. In one of these fire of unknown origin started about 9 o'clock last night. MUGLER, the only roomer at the house, smelled smoke and ran into the hall, finding it a mass of flames and smoke. He ran back into his room and leaped out of the window.

When the firemen arrived the fire had burst through the roof and had spread over the whole top floor. The blaze was put out with about $500 damage.

Visit Bronx, New York, USA
Discover the people who lived there, the places they visited and the stories they shared. 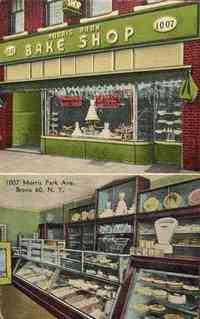