1898 - Buried Under Falling Rock. Almost a Fatal Accident at the Gay Quarry. Marshall Cantua and Percy A. Holloway Crushed Under a Mass of Broken Rock.

An accident occurred at the Gay Rock Quarry just south of Oak Hill Cemetery about 4 o’clock yesterday afternoon which by the most miraculous circumstances did not prove fatal.

Marshall Cantua and Percy A. Holloway were engaged in loading a wagon with rock at one of the bins of the quarry. Suddenly while the rock was running out of the chute into the wagon the side of the bin gave away above and the whole mass of stone fell upon the two men and their wagons. So sudden was the accident that there was no time for escape and the two men were buried under the loose tock at almost the exact spot where they stood when the woodwork above opened and let the rocks down upon them.

Cantua was not completely buried and his outcries were heard by other men working at the quarry. They rushed to the assistance of the injured men and in about two minutes a large number of men were on the spot aiding in relieving the men from their dangerous positions.

A number of women living in the vicinity also responded to the cry for help and they rendered valuable aid in removing the mass of stones covering the bodies of the unfortunate men.

When the rock had been removed from Cantua’s head and breast an attempt was made to pull him out of the mass of rock but he yelled with pain so that the attempt had to be given up. Holloway was buried deeper and all that it was possible to do for him immediately was to remove the rock from around his head so as to give him a chance to get air and prevent him from smothering to death.

A call had been made at the Police Office and the Sheriff’s Office for aid when the accident first occurred and prompt responses were made. The officers joined in the work of rescuing the men and it was not until 6 o’clock that Cantua was taken out of his position and taken to a place where his injuries could be attended to. Holloway was not entirely uncovered and removed from among the rocks until nearly 8 o’clock, so that he had been buried for nearly four hours.

It was found that the injuries of the men were not fatal and those sustained by Cantua were the most serious. His left leg was broken in two places below the knee. Holloway was bruised, but it is believed that he received no internal injuries and will speedily recover. He was taken on a stretcher in the police patrol to the house of his father-in-law, Robert O’Hanton, on South Eighth Street. Cantua was taken to his home on South Seventh Street, near Union.

The four horses that were attached to the wagons that were being loaded were only slightly buried under the rock and were rescued without being injured. The wagons were smashed to pieces under the great weight that crushed down upon them. The fact that the men were somewhat sheltered by the wheels of the wagons and some broken timbers that fell around them saved them from being crushed to death instantly. The men were employed as teamsters by Wehner & Co., who have the contract for furnishing broken rock for the streets of the city.

Visit San Jose, California, USA
Discover the people who lived there, the places they visited and the stories they shared. 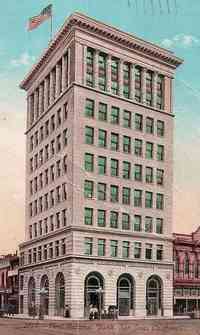