Present Day
The area was predominantly agricultural until 1953 when housing developments began to replace farmland. Since incorporation, the city's demographic growth has steadily increased. It experienced its most rapid growth in the early 1960s when its population increased three-fold. Since the mid-1980s this residential city has again been experiencing rapid growth.

Visit Sainte-Geneviève, Québec, Canada (Pierrefonds)*
Discover the people who lived there, the places they visited and the stories they shared. 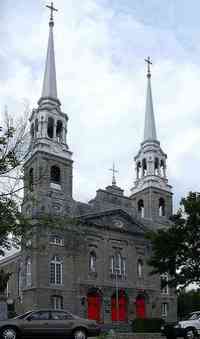