The pilot was KARL KURBJUN, JR., 46, of Roanoke, Va., a vice president of Aeroflite Corp. of Roanoke, which owned the plane.

The pilot had taken off from Smith Reynolds airport and the plane was circling over a farm near Pfafftown, when it went into a spin, witnesses said. A man's watch in the wreckage was stopped at 12:15 p.m., the apparent time of the impact.

The plane had only 28 hours of flying time. It was a 1968 model and had been bought by Aeroflite about two weeks ago.

C. B. SEIDEL and W. B. PILKER, Federal Aviation Agency investigators, arrived here from Charlotte Saturday afternoon. FRED FOX, an investigator from the National Transportation Safety Board, was due here from Washington.

The cause of the crash was not known Saturday night.

The plane crashed 60 feet from the home of W. L. VOGLER, a retired farmer who lives in the area with his three sons. "I saw it go over the house once," he said, "then it came back from the southwest." Another resident, W. T. SAPP, said the plane was circling when the engine "began to buzz."

"It just nosed over and started to stall," he said.

Forsyth County Deputy Sheriff HARRY JOYNER, who was about a mile from the crash site, said he saw the plane "in a spin and coming straight down."

"It sounded like he revved his engines one time in the spin, but couldn't pull out of it. I heard it hit and in a couple of seconds heard an explosion," he said.

VOGLER said the plane exploded when it hit the ground. Witnesses reported hearing "two or three" small explosions after the initial blast.

The pilot had apparently planned a charter trip Saturday night, and was taking his passengers on an orientation flight when the crash occurred. He had filed no flight plan.

The plane was burned almost completely before fire departments arrived. Only the tail section and part of a wing were left intact.

Visit Winston-Salem, North Carolina, USA
Discover the people who lived there, the places they visited and the stories they shared. 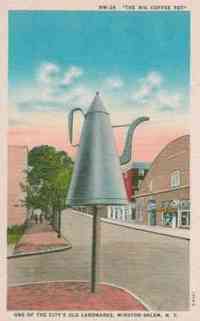 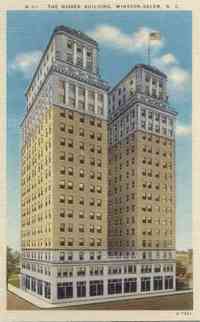