He received commission as Major in the West Regiment of Horse & Foot, from Govenor Joseph Dudley, June 23, 1711.

John Lane was very active in the Indian alarms before and after 1700, respecting which many papers have
been preserved. In the history of these Indian wars, his name comes into view as the leading military man in town.

Source:
Historic homes and institutions and genealogical and personal memoirs of Worcester County, Massachusetts with a history of Worcester Society of Antiquity By Ellery Bicknell Crane
Page 222 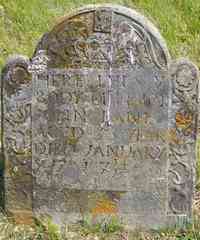 Visit Malden, Massachusetts, USA
Discover the people who lived there, the places they visited and the stories they shared.