The voters of Fairbanks have selected the men who shall guide the course of the municipal bark during the coming term of one year. At 9 o'clock yesterday morning, the battle of ballots started and until 8 o'clock in the evening the skirmishing continued. The counting of the votes occupied until midnight, and the final result was awaited with interest by the residents of the city.

On him undoubtedly, will fall the mantle of mayor, for that honor is annually conferred on the person - with the highest number of votes to his credit.

The Citizens' ticket elected all of its men with the exception of Harry E. St. George and W. F. Whitely. The Non-Partisan ticket elected one of its men, William Baltuff and Dan Callahan, running indepently, secured a berth well above the tailenders.

Murray C. Smith is a native of Carleton County, and a brother of Louis Smith.

Visit Fairbanks, Alaska, USA
Discover the people who lived there, the places they visited and the stories they shared. 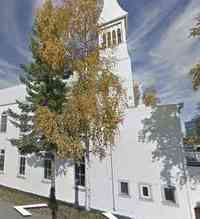