Philadelphia, Sept. 6 (AP) - One hundred and fifty persons were reported killed and more than 90 injured in the wreck of the Congressional Limited, fastest train of the Pennsylvania Railroad, in northeast Philadelphia tonight.

The estimate was made two hours after the accident by MATTHEW A. ROSS, chief deputy coroner.

A priest who entered on of the cars to administer last rites to the dying, said there were 75 persons in the car and he believed at least half of them were dead.

Many were still trapped in the cars, and acetylene torches were being used in an effort to cut an opening through to them.

Every available ambulance was rushed to the scene at the request of railroad officials, and police were dispatched to nearby hospitals to straighten out "traffic congestions" in the emergency wards.

Frankford Hospital reported shortly after the accident that if was "full of injured" and could take no more. Many others were taken to Northeast and Episcopalian Hospitals.

The train left Washington at 4 P. M. (EWT) and was due in New York at 7:35. It makes no stops between the capital and the metropolis.

Four wrecking trains were sent to the scene. The six wrecked cars were tossed crosswise on the railroads's main line. Trains were detoured over the Reading lines.

Traffic in the area was soon in a hopeless condition. The accident occurred in the middle of a crowded residential section.

Every branch of civilian defense units was called to aid in the emergency.

About 200 service men who were riding in the cars that remained on the tracks joined in the policing and rescue work.

All units of the city electrical bureau also sped to the scene. The wreck knocked down poles carrying high tension wires, which hampered the rescue work. The Pennsylvania is electrified along the section where the wreck occurred, but the Congressional Limited was hauled by a steam locomotive.

All hospitals in the area were soon filled with dead and injured. Urgent appeals were sent out for blood donors and registered nurses.

At the scene of the crash, the dead were removed one by one and placed beside the tracks until they were removed by stretcher-bearing civilian defense volunteers.

At hospitals, this scene was typical:
At Frankfort Hospital, a small truck pulled up to the entrance. A woman, clad in what had been a skirt and sweater, stumbled out, holding her clothes together as best she could with one hand, while with the other she helped the driver life the body of her husband.

They carried the body into the hospital. An intern took one look, waved the husband to the morgue in the basement.

The woman was led to a room upstairs.

There were 18 bodies laid out in the basement, including four children's.
Priests of St. Joachim's church administered last rites in the basement, then went upstairs to the injured, many of whom were in critical condition.

The whole neighborhood responded. Men and women rushed in with bedding, sheets, gauze - even pots and pans for heating water.

The dead and injured were being brought into the hospital so fast that no attempt was made to keep track of them.

It was reported that the train hit a freight. The limited was bound from Philadelphia to New York.

The engine and every coach were said to have been derailed. Railroad officials were quoted as saying, "The train was just thrown all over the tracks."

The wreck occurred at Frankford and Glenwood Avenues, near the Frankford junction of the railroad. 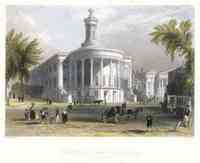 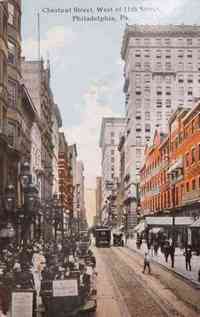 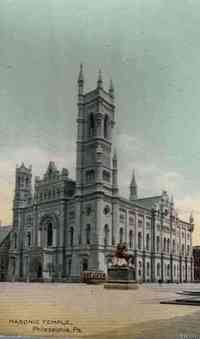