seigniory, in the co. of Vercheres, between Boucherville and Cap St Michel or La Trinite, is bounded in the rear by the augm. to Beloeil. - 28 arpents in front by one league in depth. Granted, 29th Oct., 1672, to Sieur de Varennes, and is at present the property of Paul Lussier, Esq. - The whole of this little grant is good and fertile land, nearly all in cultivation and pleasantly watered by two or three little streams. The church, belonging to this property, surpasses in beauty all those of the surrounding seigniories, and its exterior and interior decorations deserve notice: descending the river its three spires form a conspicuous object, which may be seen from Montreal, a distance of five leagues: a very good parsonage-house stands near it. There is also a neat chapel - It is watered by the St. Charles and other small streams. - Many of the houses of tenants are well built, and dispersed through every part; but nowhere in sufficient number to form a village. - All the lands are conceded, and the greater part previous to 1759. - On a farm in this parish is a mineral spring, which, though known to be such for a long time, is not the less neglected, it is said, than that in the neighbourhood of Three Rivers: the water is saline. The intended road between Varennes and Beloeil has not been commenced on account of the inadequacy of the sum appropriated for that purpose by the commissioners of internal communications... The road is to extend 75 arpents, 9 poles, and 2 feet, over 3 concessions: the first near Varennes is under culture, with the exception perhaps of one fourth its depth, which is in copse; the second in timber and copse, and the third in copse and newly cleared land, except about one seventh, which is under culture. In the line of the road are three ravines and a water-course, which make it necessary to build four bridges. - There is no want of persons desirous of making new settlements if they could obtain lands, particularly if they were near their relatives and friends, but there are none. The parish of Ste. Anne, by a regulation of Sept. 20, 1721, confirmed by an order in council of Mar. 3, 1722, extends about 2 leagues in front, and comprehends the fief LeSueur, St. Michel, La Trinite and Varennes, including Isle a l'Aigle, and also Isle Ste. Therese, with the exception of the domain of Langloiserie and the houses of Louis and Urbain Briant, which are comprehended in the limits of the parish of Pointe aux Trembles, in the Island of Montreal.

Visit Varennes, Québec, Canada (Sainte-Anne-de-Varennes)
Discover the people who lived there, the places they visited and the stories they shared. 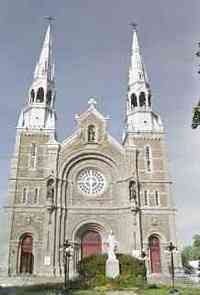 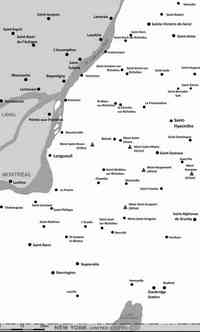