seigniory, in the co. of Champlain, is bounded S.W. by the river St. Maurice, N.E. by the S. of Champlain and its augmentation and by the St. Lawrence in front. - The breadth is 2 leagues and its depth 20, extending N. into the interior. - Granted Mar. 20, 1651, to the order of Jesuits and has now devolved to the crown. - It contains 17,707 arpents in concession and the greater part of the lands are conceded, as well as of the lands unconceded, are not susceptible of cultivation. There is, however, one concession of 40 arpents wholly settled, and one of 20 arpents partly settled with 5 or 6 houses on the St. Maurice, below the Forges. A small number of the non-conceded lands have been enclosed, but there is no road to them. 800 superficial arpents were conceded prior to 1759, at the rent of un copre per arpent, at which rent they still continue. - The few young persons who take new lands prefer taking them near their relatives or friends, however inferior in quality they may be; and the soil of almost the whole of this S. is a white sand. - The timber towards the interior has attained a very fine growth. - Compared with the great extent of the grant, a small portion only is under cultivation, which lies principally on the St. Lawrence and on the St. Maurice almost up to the Falls of Gabelle. The settlements, however, are not remarkable for very good management; the wheat and other crops, therefore, are but indifferent on land that might be made to yield abundantly; for the situation of the farms on the banks of the rivers and the quality of the soil are both favourable to agricultural improvement. - The Quebec road passes, almost close to the St. Lawrence, by the ferry over the St. Muarice to the town of Three Rivers. This ferry, by which the established post-road is continued, is nearly 2 m. across. The price demanded from each person is 2s. 6d. and in like proportion for horses and carriages; but about 1 1/ 2 m. higher up the river there si another, where the charge is only 3d. each person, and 1s. 3d. for a horse and carriage. By the side of this road stands the church with its presbytery. - At the mouth of the St. Muarice are the islands Bellerive au Cochon, St. Christophe, La Crois and L'Abri; they are low and almost covered with wood of the inferior sorts, but afford some very good grazing land. It was once in contemlation to throw a bridge across this river opposite to Isle St. Christophe: it would prove of great public utility and, on a route so much frequented, such an undertaking could hardly fail of being profitable. - Between Isle Bellerive and the main land there is a very good situation for laying up river craft during the winter, where they remain secure in about 8 feet water, and escape injury from the breaking up of the ice in the spring.

Visit Cap-de-la-Madeleine, Québec, Canada (Sainte-Marie-Madeleine)
Discover the people who lived there, the places they visited and the stories they shared. 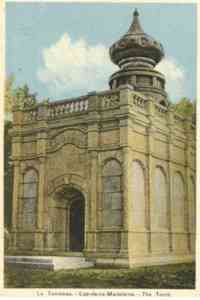 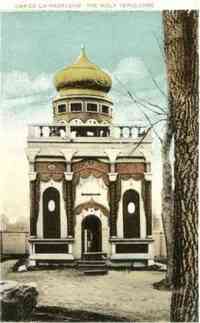