Two Men Live on Opposite Sides of a Street and Have Been Watching Each Other for Months.

Huntsville, Ala., January 1. - (Special.) - The killing of Fred Ashford by Felix Brown in Courtland yesterday afternoon may be the beginning of another one of those terrible feuds that have existed in the south from time to time. Both Ashford and Brown are highly connected and have a number of hot-blooded male relatives.

The friends of Ashford claim that he was killed in a cowardly manner an they mean to get even with the man who killed him.

The tragedy was the result of a feud which started about a year ago over a woman. At one time the trouble between the two men was submitted to arbitrators whose award was that Brown leave Courtland permanently. Brown left town, but returned when he thought the affair had quieted down. He was met in the road by Ashford, who said:

"If you are armed, defend yourself; if not, here is a pistol."

Brown pulled a pistol and began firing. The two men exchanged about twenty shots and Brown received a slight wound in the leg. He escaped his assailant, however, and went to his home. From this voluntary prison he has emerged only one time, that being three months ago, when, heavily armed, he went in quest of Ashford, who was then out of town.

The houses of the two men were on the same street, immediately opposite. Ashford was often seen sitting at his window with a winchester on his knee, waiting for his enemy to appear at the opposite window. He never got a shot and grew careless in the believe that Brown was too cowardly to ever come out.

Yesterday Ashford rode past Brown's voluntary prison and it is not know from what direction the deadly missiles came, but he was instantly killed by a load of buckshot from a gun in the hands of Brown.

It is feared that this is merely the beginning, not the end, of a feud.

Visit Huntsville, Alabama, USA
Discover the people who lived there, the places they visited and the stories they shared. 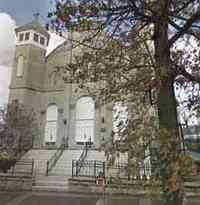 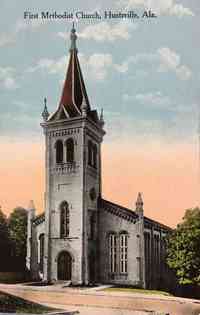