As president, Cleveland pushed civil service reform, opposed the pension grab and attacked the high tariff rates. While in the White House, he married Frances Folsom in 1886. Renominated in 1888, Cleveland was defeated by Benjamin Harrison, polling more popular but fewer electoral votes. In 1892, he was elected over Harrison. When the Panic of 1893 burst upon the country, Cleveland's attempts to solve it by sound-money measures alienated the free-silver wing of the party, while his tariff policy alienated the protectionists. In 1894, he sent troops to break the Pullman strike. In foreign affairs, his firmness caused Great Britain to back down in the Venezuela border dispute. 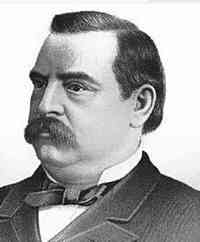 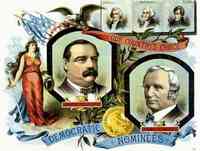 Visit , New Jersey, USA
Discover the people who lived there, the places they visited and the stories they shared.