With the support of Mark Hanna, a shrewd Cleveland businessman interested in safeguarding tariff protection, William McKinley became governor of Ohio in 1892 and Republican presidential candidate in 1896. The business community, alarmed by the progressivism of William Jennings Bryan, the Democratic candidate, spent considerable money to assure McKinley's victory.

The chief event of McKinley's administration was the war with Spain, which resulted in the United States' acquisition of the Philippines and other islands. With imperialism an issue, McKinley defeated Bryan again in 1900. On Sept. 6, 1901, he was shot at Buffalo, N.Y., by Leon F. Czolgosz, an anarchist, and he died there eight days later. 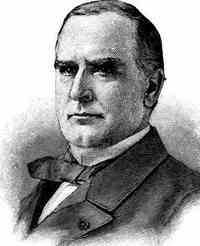 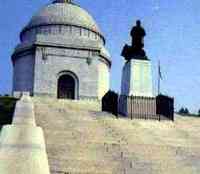