Assuming the presidency of the assassinated McKinley in 1901, Roosevelt embarked on a wide-ranging program of government reform and conservation of natural resources. He ordered antitrust suits against several large corporations, threatened to intervene in the anthracite coal strike of 1902, which prompted the operators to accept arbitration, and, in general, championed the rights of the “little man” and fought the “malefactors of great wealth.” He was also responsible for such progressive legislation as the Elkins Act of 1903, which outlawed freight rebates by railroads; the bill establishing the Department of Commerce and Labor; the Hepburn Act, which gave the I.C.C. greater control over the railroads; the Meat Inspection Act; and the Pure Food and Drug Act.

In foreign affairs, Roosevelt pursued a strong policy, permitting the instigation of a revolt in Panama to dispose of Colombian objections to the Panama Canal and helping to maintain the balance of power in the East by bringing the Russo-Japanese War to an end, for which he won the Nobel Peace Prize, the first American to achieve a Nobel prize in any category. In 1904, he decisively defeated Alton B. Parker, his conservative Democratic opponent.

Roosevelt's increasing coldness toward his successor, William Howard Taft, led him to overlook his earlier disclaimer of third-term ambitions and to reenter politics. Defeated by the machine in the Republican convention of 1912, he organized the Progressive Party (Bull Moose) and polled more votes than Taft, though the split brought about the election of Woodrow Wilson. From 1915 on, Roosevelt strongly favored intervention in the European war. He became deeply embittered at Wilson's refusal to allow him to raise a volunteer division. 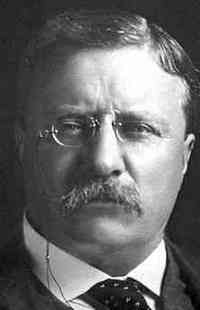 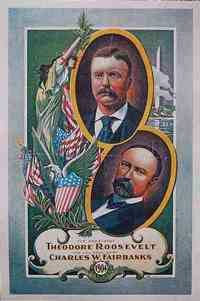 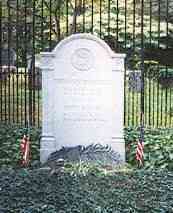