At the height of his power as Senate leader, Johnson sought the Democratic nomination for president in 1960. When he lost to John F. Kennedy, he surprised even some of his closest associates by accepting second place on the ticket.

Johnson was riding in another car in the motorcade when Kennedy was assassinated in Dallas on Nov. 22, 1963. He took the oath of office in the presidential jet on the Dallas airfield.

With Johnson's insistent backing, Congress finally adopted a far-reaching civil-rights bill, a voting-rights bill, a Medicare program for the aged, and measures to improve education and conservation. Congress also began what Johnson described as “an all-out war” on poverty.

Amassing a record-breaking majority of nearly 16 million votes, Johnson was elected president in his own right in 1964, defeating Sen. Barry Goldwater of Arizona.

The double tragedy of a war in Southeast Asia and urban riots at home marked Johnson's last two years in office. Faced with disunity in the nation and challenges within his own party, Johnson surprised the country on March 31, 1968, with the announcement that he would not be a candidate for reelection. 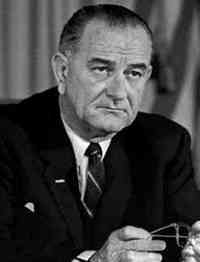 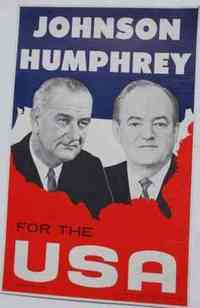 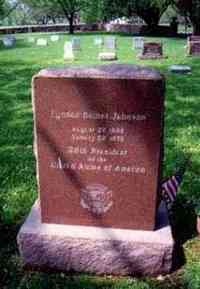 Visit , Texas, USA
Discover the people who lived there, the places they visited and the stories they shared.