In 1827 the first friction match was invented in England by John Walker. Walker's matches were sticks tipped with a mixture of chemicals that burst into flame when scratched against a rough surface.

Walker found that when the mixture dried, he could ignite the stick by drawing the head through a piece of sandpaper. Other people began making such matches, but they presented many problems. They were hard to ignite, they didn't always light properly, and the heads often came off.

In 1830 the walker matches were improved by substituting white phosphorus for one of the ingredients. This type of match was first made in the United States in 1836.

Sulfur was used to help the match-head flame light the wooden splint. The sulfur was later replaced with paraffin, and fire retardants were added to the wooden match splint to make it burn more slowly.

In 1911 an American match company perfected a formula that used a nonpoisonous compound of phosphorus and sulfur, and thus eliminated white phosphorous, which is poisonous. 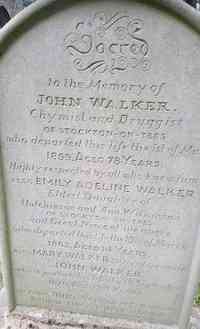