Our city has just been the theatre and the victim of the most disastrous visitation ever known to this Continent !! The heart of her business, her commerce, and her wealth, is now a blackened mass of smouldering ruins !! New York has received a blow, from the effects of which the utmost exertion of her fearless enterprise, the most liberal and beneficent application of her yet unbounded wealth, will hardly suffice to restore her. The homes of her 'merchant princes' are desolate, the citadels of their strength are in ashes !!

The appalling conflagration, which it is our melancholy duty to record, commenced at 9 o'clock on Wednesday evening, at which time the flames burst from the store of Comstock & Andrews, 25 Merchant St. near the Exchange. In twenty minutes, the whole block of wholesale stores, in the very center of the mercantile business of the city, was in a blaze, and the destroying element was rapidly extending its ravages in every direction. It would be vain to attempt giving the distant reader, an idea of the spectacle presented. The weather had been unusually severe for several days, but on the night in question the cold had increased to an intensity which had seldom been exceeded. The thermometer stood below zero, with a breeze from the N. NW. amounting nearly to a gale, an the fire had obtained a tremendous advantage in the most compactly and loftily built portion of the city, filled with silks, cloths, liquors, and other combustables, and intersected only by narrow streets which could interpose no barrier to the progress of the flames. The rally of the Fire Department was not made with its accustomed alacrity, owing to the unparalleled severity of the weather, and to the fact that there had been so many alarms within the week, and so large an amount of harrassing service required of the firemen.

The effort to check the ravages of the confagration in the quarter to which the wind was vehemently urging it proved utterly unavailing. The water so plenteously thrown upoon it by hydrants and engines was blown black in the faces and fell congealed at the feet of the firemen, or seemed only to aid to the fury of the elements. William Street was passed. Pearl Street overleaped - next Water Street - then Front Street - and the very shipping in the docks of the East River was endangered, and only saved by strenuous exertions, and its removal into the stream. No barrier but that of nature could be interposed on the east; and it was with great difficulty that the fire could be prevented from extending its ravages across Wall Street. The Tontine building (Hudson's News Room) was indeed once on fire, but happily extinguished. The extraordinary strength of the Wall Street buildings - many of them resisting firmly the assaults of the destroyer, and none of the walls crumbling and falling into the street, as is too generally the case - did more for the safety of those north of the street than any thing within the power of human effort. For hours, it was doubtful that the flames could be arrested here, and if not, there was little hope that they could b before reaching Maiden Lane.

Onward - still onward, swept the bosom of destruction !! The hydrants were exhausted, the engines had long been frozen up, with their hose like cannon. Westward, the South Dutch Church, which had been made the hasty depository of stores of precious goods, was in flames, which threatened to extend to Broad Street throughout.

On the South, a desperate struggle was made at Hanover Square, but it was unsuccessful. How could such an avalanche of fire be checked, when water could not be thrown upon it, and seemed of no avail when it was ? A last resort was had to gunpowder - but none, in sufficient quantities was to be procured in the city - not being allowed as an article of merchandise. An application to the Fort on Governer's Island was unsuccessful; but a supply was ultimately procured after daylight from the Navy Yard, Brooklyn, with a corps of marines, &c. and the demolition of a few buildings contributed materially to the subjugation of the flames, which was finally effected at Coenties slip, about noon of this day (Thursday) after an awful and uninterrupted devastation of fifteen hours.

It will be readily understood that the destruction is not even yet complete. As we write, twenty-five hours after the first alarm of the fire, a dark cloud of smoke rises over the vast scene of ruin, revealed at the distance of a mile and with a considerable elevation intervening, by the lurid flames which still flicker and glow at its base. They may not be extinct for weeks, but the limits of their desolation are, we trust, distinctly defined. And yet the possibility of a gale from the south or even the southwest cannot at this moment be contemplated without a shudder. Had the wind which prevailed on the night of the calamity reached us from a southerly or even easterly direction, we believe half the city must have sunk beneath the overwhelming devastation.

We shall not attempt to give a statement of the individual losses, a bare catalogue of the sufferers would fill a column. Seventeen of the most valuable blocks of buildings in New York are totally destroyed and three others nearly so. The Merchant's Exchange is destroyed, including the Post Office. Six hundred and seventy buildings have been burnt, principally occupied as importing and wholesale stores, many of them by such firms as Arthur Tappan & Co., Bailey, Keeler & Remsen, &c. &c. with a stock of goods even at this season of $300,000 each. The South side of Wall Street is half destroyed; William, Pearl, Water, Front and South Sts., from Wall St. to Coenties Slip, are in ruins; Exchange Place, Hanover Street, Merchant Street and Hanover Square entirely destroyed. Stone St. from Pearl to Broad St. nearly so. Some of the buildings on Broad St. were slightly injured, but throughout the night this noble avenue was universally regarded as the only efficient barrier against the entire destruction of the First Ward.

Of the six large morning papers, only two escaped the general wreck - the Mercantile and the Courier & Enquirer. The Daily Advertiser, Journal of Commerce, and Gazette, were burnt out of both printing and publication offices, the Times, of printing office only. The American among the evening papers, is entirely destroyed. All Mr. Minor's periodicals - Railroad Journal, Mechanics' Magazine, &c. &c. are included in the wreck. The printers of the Knickerbocker also, which will probably delay the publication of the next number. The other periodicals of the city were mainly exempted from immediate suffering.
We cannot pretend to give an estimate of the total loss sustained by this dreadful calamity.

$15,000,000 seems the average of current opinions, but we esteem it decidedly too low. The Insurance Companies are generally ruined - some will not pay fifty per cent. There is, however, a considerable amount insured in Boston and other cities.

Every measure has been taken to alleviate the pressure of this affictive dispensation. A meeting of the Common Council was immediately held - several apartments in the City Hall appropriated to the use of the merchants and other sufferers -- the city watch doubled - and a volunteer guard of one thousand citizens called out for the protection of the city -- the firemen being completely exhausted, incendiaries and plunderers still plentiful in every street, their appetites sharpened by success - and city insurance being no longer worth any thing. Our citizens must continue to exercise the sternest vigilance.

The loss of human life has been great - but we can give no account of it. There is little doubt that the devastation is the work of an incendiary, and it is said that a demon was caught applying a lighted torch to buildings after daylight of Thursday morning !! Seventy thieves were committed yesterday. 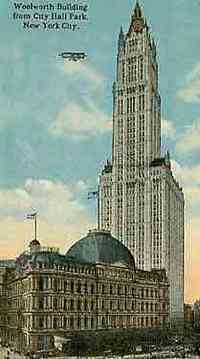