Visit our , Louisiana, USA page!
Discover the people who lived there, the places they visited and the stories they shared.

"The Roosevelt New Orleans in New Orleans, Louisiana, is a 504-room hotel owned by Dimension Development and managed by Waldorf Astoria Hotels & Resorts. The hotel was originally built by Louis Grunewald, a German immigrant, and opened in 1893 as "The Hotel Grunewald."

The original hotel building was six stories tall and faced Baronne Street. It was built after Grunewald's Music Hall was destroyed by fire in 1862. The building housed 200 rooms and opened in December 1893 to be ready for the 1894 New Orleans Mardi Gras season. The decision to build a hotel proved to be very sound as the other major hotel in the city, the St. Charles Hotel, was destroyed by fire soon after the Grunewald opened..." wikipedia 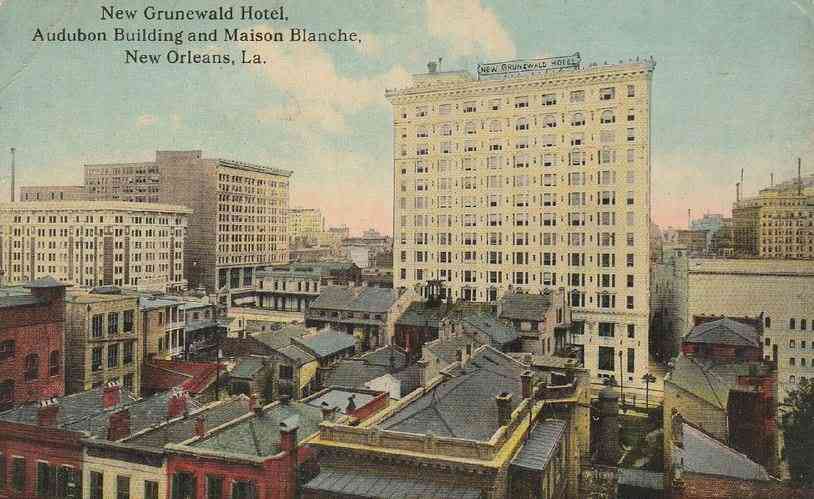