The birth of Dauntless Spirit 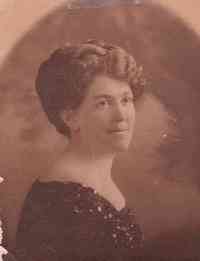 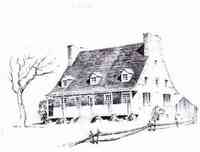 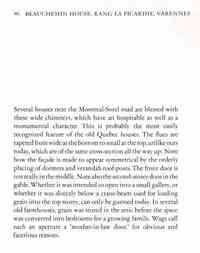 Thanks to Micheline Gadbois MacDonald for sending us the story of the "birth" of her book, Dauntless Spirit. Dauntless Spirit is a historical fiction based on the life of Marie Pomponnelle. The book, written in the form of a diary, provides a fascinating glimpse into the lives of the families who came to New France (Canada) from France in the 1600s.

Micheline is a direct descendant of Marie Pomponnelle.

Read Micheline's story of how the book came to be (see article below).

The birth of Dauntless Spirit

The year 1967 was Canada’s one hundredth birthday and everyone in the country from large corporations to cities, towns and villages as well as individuals were marking the occasion by doing something special. As I was a stay at home mom with a four year old son, there was not much I could do to celebrate that momentous anniversary. So I decided to research the history of our families. That was how “Dauntless Spirit” was conceived. Not having a computer, all my research had to be done by correspondence. It was easy to gather information from Québec as all church records dated back to the first days of the colony.

I thought that if I started by researching my maternal grandmother I might find the thread leading to the original immigrant. I had one document with which to start; her marriage contract. It has been drawn on June 29 1896 by Notary Appolinaire Archambault in the city of St Henri near Montréal in the province of Québec. In that contract it mentioned that her name was Marie Justina Laura Petit dit Beauchemin and that she was the daughter of the late Fulgence Petit dit Beauchemin, a merchant from the parish of Chambly, and of Philomène Archambault living in St Henri. That was a start.

In April 1968 I wrote to the Québec Provincial Archives on a chance that they might have some information about the lineage of Fulgence Petit dit Beauchemin. I finally an answer from them on April 24 1968 giving me the name of a genealogist who might be able to help me. I then wrote to Roland Auger and he sent me the information that put me on the track of my ancestor. The list gave me nine generations, from Nicolas Petit dit Laprée, the first to come to Canada, to Fulgence Petit dit Beauchemin, my great grandfather. That was the information needed to retrace my ancestors.

The ancestor who came to New France in 1649 was Nicolas Petit dit Laprée. He came from Le Gué D’Alleré in Aunis, Charente Maritime, France. I then wrote to the Archives de la Charente Maritime and in return, received a copy of the indenture contract - drawn by Maître Teuleron a notary in France - for Nicolas who was to work for three years for Sieur Boucher in Trois Rivières Canada.

Grandmother had told us that she was four years old when her father died. With that scant information, Denise and I had visited the church in Chambly but they had no information. I then wrote to the provincial Archives in Montréal and finally hit pay dirt. I found that Fulgence Beauchemin had died on June 16, 1876. Now to find the date of Laura’s birth. Having gotten her death certificate from the parish church in Vaudreuil, and seeing that she had died at the age of sixty-nine years and one month, I realized that she had been born on September 15 1872. One more step gained.

Several years passed before I got back to my research. In 1980 after our son graduated from high school and entered university, I finally returned to my research and started writing to various parish priests in order to get more information. In March of 1980 I received an answer from the parish of St Mathieu de Beloeil Québec, giving me the birth date of Fulgence as well as dates for his father and grandfather. Later they sent me copies of the death certificate for Fulgence and that of his marriage to Philomène Archambault. Finally I had some concrete information with which to proceed.

More years passed while other things occupied me and in 1999 I finally got a computer. I went on the internet and was able to research further and get more information.

My grandmother was a direct descendant of the son of Marie and Nicolas also named Nicolas. Although he was baptized as Nicolas Petit dit Laprée, when he married it was as Nicolas Petit dit Beauchemin. I don’t know why. It may have been so that he was not confused with his father. My research for the family lineage then continued under that name, the name my grandmother carried. My research about the first ancestors was, of course, done under Laprée.

In 2000 I settled down and decided to finish writing the story of Marie Pomponnelle so as to have the book published by 2006, the three hundred and fiftieth anniversary of her arrival in the country.

After researching the family on the internet and through the Québec archives, in June 2000 I decided that a visit to Trois Rivières was required. I found myself a lovely, quiet bed and breakfast in the old part of the city and settled down for a week of research at the local archives. My room had a kitchen so I decided to buy my food and eat in. My routine was to go and research in the morning, pick up my lunch and supper at the local farmer’s market and return to my room for lunch. After lunch I walked through the old town, trying to visualize what the colony was like in the middle sixteen hundreds and then go back to my room and write up what I had found. After supper I took another short walk during which I talked to the local people sitting on their verandas.

It was in the archives that I found and made copies of all the birth, death and Marriage certificates. I also found numerous land deals between Nicolas Petit dit Laprée and several other colonists.

A clearer picture of life in New France emerged and I realized that my ancestor was not a very good business man. His wife, Marie Pomponnelle seemed to be the mainstay of that family. As I had thought early on to write the book about Marie, I then decided to make it her daily journal.

Returning home after my week immersed in the sixteen hundreds, I posted a message under Petit dit Laprée on a board and received several answers. Through Robert Rochon, I received a map of Varennes showing where the ancestral house was located as well as a pictures of the house as it stands today, beautifully restored. He later sent me a book published in 1992 celebrating the three hundredth anniversary of the erection of the first parish church in Varennes. That book listed, along with pictures and short histories, all the residents bearing the name of Beauchemin. That book proved to be very helpful in my research.

There followed more years of research. I had to find out how they grew flax and hemp in order to make clothes, what vegetables they grew in their fields and what animals they hunted in order to survive. I also researched what plants the colonists used for medicinal purposes. I found out how they dealt with the Indian attacks and what they learned from the friendly Algonquian tribe that wintered near Trois Rivières. There was a lot to learn about those early settlers and a lot to learn from the way they lived.

After a gestation period that lasted nearly forty years, Dauntless Spirit was finally born in 2006, just in time for the three hundred and fiftieth anniversary of Marie’s arrival in New France.