Chatham, a county in the central part of North Carolina, has an area of about 700 square miles. It is traversed by the Haw and Deep rivers, which unite in the S. E. part and form the Cape Fear ; it is also drained by Rocky and New Hope rivers. The surface is diversified ; the soil is generally clayey and productive. Wheat, Indian corn, oats, cotton, hay, and butter are the staples. In 1850 the county produced 625.828 bushels of corn; 126,178 of wheat; 99,660 of oats; 4893 tons of hay ; and 960 bales of cotton. Extensive beds of stone coal have recently been opened in the county, near Deep river. This stream has been rendered navigable by small boats as high as the coal mines. A plank-road is in progress through this county, from Deep river to the Central railroad. Organized in 1770, and named in honor of the illustrious orator William Pitt, Earl of Chatham. Capital, Pittborough. Population, 18,449, of whom 12,464 were free, and 6985, slaves.

A New and Complete Gazetteer of the United States: Giving a Full and Comprehensive Review of the Present Condition, Industry, and Resources of the American Confederacy ... Thomas Baldwin (of Philadelphia.) Joseph Thomas January 1, 1854 Philadelphia : Lippincott, Grambo & Company 1854.

Visit Chatham County, North Carolina, USA
Discover the people who lived there, the places they visited and the stories they shared. 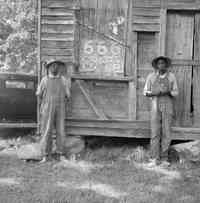